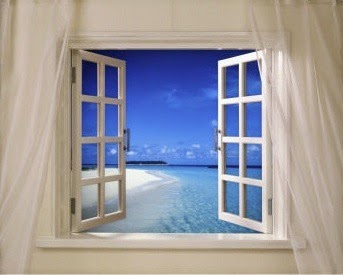 Better than a thousand words is one word that brings peace.

Happy New Year! Several years ago I was introduced to a new way of thinking about the New Year. It has been a tradition at First Parish Church of Groton in Groton, Massachusetts for the past several years. Instead of making resolutions members of the congregation are encouraged to choose a “Word of the Year”. The idea comes from Garrison Keillor’s weekly radio show Prairie Home Companion and a column written by Mrs. Sundberg called The View from Mrs. Sandberg’s Window. One year Mrs. Sundberg wrote that instead of making New Year resolutions she was going to pick one word and make it a part of her life for the whole year. Read about, embrace and live this personal word for a whole year.

A recent Facebook post reminded me of this tradition as numerous friends were posting their “Word of the Year”. I must admit that I have never participated in this activity until now. I am an over-thinker who believed that it was impossible to come up with the best and most important word to explore for an entire year! Typically people choose words like peace, forgiveness, reflection, gratitude, courage, happiness or contentment as words for the year. This was way too stressful to think about! But as I was reading through the list of words that other people had chosen a word just popped into my head. Miracle of miracles. I had a word and I didn’t even have to think very hard about it. Could this be the universe actually speaking to me?

The word that popped into my head was “Open”. I told a friend that I had my “word of the year” and her response was “Yeah, but what does that mean”? I joyfully answered “I don’t know yet, but I have a whole year to find out”! That’s an awesome feeling and totally foreign to a person who always needs to know what is going to happen next!

Some of the first things that come to my mind are:

It feels like such a positive word for 2015 and one that opens the path to something great happening. And it is MY word. It chose me more than I chose it. I suppose this means that I need to know it and know it well.

The year 2014 didn’t feel like such a terrific year. Some good things happened but the good times were clouded by some incredibly sad moments of loss. I spent a good majority of my year focusing on the losses instead of being grateful for the good things in my life. I was stuck in that feeling and not able to move forward. Nothing really catastrophic happened to me personally in 2014. It just seemed like a year that was nothing but blah! I could not clearly see any open doors or windows. It felt like a year that I just plundered through hoping that it would be over soon. I won’t beat myself up about it but view 2014 as a time of necessary reflection, healing and rest. However I am ready for more positive experiences in this new year.

Has finding a special word changed my attitude? Or did a change in attitude, a clearer mind and a New Year of possibilities help me find my word? I’m excited for the year ahead and exploring the word “Open”. I’ll take notes and let you know what I learned at the end of the year. I will try not to overthink it!

To learn more about the “Word of the Year” from The View from Mrs. Sundberg’s Window read her column at:

Do you have a special word of the year?