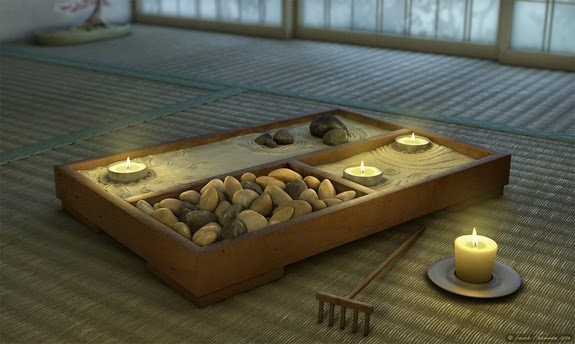 I recently spent an amazing weekend participating in Oprah’s “Life You Want” tour. I took my stepmother to this Oprah weekend as a gift to celebrate her 80th birthday. I must admit that over the thirty-one years she has been married to my dad I haven’t really given her a lot of good birthday presents. I knew this would be a memorable experience for both of us. Seeing Oprah was on her bucket list and I had the opportunity to make that happen. This incredible event had moved us both beyond belief.

We were inspired by the motivational words of Oprah Winfrey, Deepak Chopra, Elizabeth Gilbert, Rob Bell and Iyanla VanZant. I have so much to share but before I share all of the inspirational messages I first  need to tell you about what happened immediately AFTER the event.

It was a long day and we were both physically and emotionally exhausted. All we wanted to do was get back to the hotel, have a nice dinner, reflect on our experience and rest.

We arrived back at the hotel to raucous and loud shouts of “Who Dat?” coming from all directions. The Saints had indeed come marching in. There were three bus loads of New Orleans Saints fans who had just arrived at our hotel and they were all loud, pumped and DRUNK. Apparently there is a big rivalry between the Saints and the Atlanta Falcons. I did not know dat.

We proceeded with our plan to eat a nice quiet dinner in the very small and quiet hotel restaurant. There were several tables of ladies in the restaurant who had also just come from the Oprah event. All of us were basking in the light of our glowing Oprah wristbands and reflecting on the day. There were two families in the restaurant including one with a little boy about 3 years old. Did I mention that it was QUIET and peaceful?

Shortly after we ordered our meal a group of rowdy and already drunk males came in and sat at the bar. Every person who walked by the lobby wearing black and gold received a booming Who Dat? that I’m certain could be heard all the way up to the 28th floor. The more they talked about the upcoming game and the history of the Saints the louder they became and the more we heard the “F” bomb. It was really starting to get out of hand.

Many of my friends may not know this but I am really, really bothered by rude and disrespectful behavior. So much so that I often then exhibit rude and disrespectful behavior in return! Oprah believes that what you are putting out into the universe is going to come back to you. Rude begets rude. Hate begets hate. Love begets love. I regret that in this instance I perpetuated that cycle of rudeness. But on to the rest of the story…

In my defense (and Lord knows I need one) I did attempt the rational approach to solving this problem. I spoke to our waiter, Fred, and the supervisor at the front and said Is there anyone who can do anything about the noise? We can’t even enjoy our dinner. Other tables were starting to complain as well.

Fred: I’m over 60. My nerves are shot. I can’t take this.
Supervisor: I’m not talking to those drunk guys.

At this point in time I only saw one path I could take. I went over to the bar and confronted them.

Me: Hi, gentlemen (even though they were NOT). You may not be aware of the fact that there are other people in this restaurant trying to enjoy dinner and your loud shouting is disturbing our peace.

Me: There are several sports bars in the area so perhaps you can go there and be loud.

Rowdy, drunk fan: Maybe we will or maybe we won’t. This isn’t a church lady. It’s a bar.

Rowdy, drunk Saints fan # 2: What are you going to do about it? Punch me?

Rowdy, drunk Saints fan: Take your shit and get out of my f…ing face.

The “F” bomb was dropped many more times along with the word “Bitch”.

I probably shouldn’t have interfered in their energy space.

Here’s what I wanted to say:
Do you know who I am?  I am a graduate of the Oprah School of Spiritual Living! Or would you talk to your mother like that? Or Yea, I am going to punch you with my Oprah Power Bracelet! Or you wanna know “who dat? I am your worst nightmare! Wisely I chose not to antagonize them further.

I left the bar area and proceeded to the front desk and requested a manager on duty and security be sent to the restaurant to deal with the drunk, obnoxious Saints fans.

During this time my stepmom and poor Fred (our waiter) were intently watching the drama unfold. As well as everyone else in the dining room including the three year old boy.

I returned to our table and announced that the manager and security were on the way.

Fred:  Boy, you are tough. Are you a teacher or something? ( I must have used a teacher voice)
Me: No. I’m just a middle-aged librarian over 50 who doesn’t want to put up with crap like that.

The assistant manager of the restaurant was totally ineffective when he walked around to every table and asked diners if they were enjoying their meal. Everyone said no. He then went over to the bar and told the guys that they needed to tone it down or they would have to leave. They all responded with a loud Booooooo… and proceeded to throw wadded up paper and napkins at him. It took security 20 minutes to arrive. These two hotel security guards were pretty skinny and scrawny and really were no match for the drunk Saints fans. We finished our dinner in disturbed chaos and the drunkards proceeded to get drunker. They didn’t get kicked out, they weren’t held accountable for their bad behavior, the police were not called, and justice was not served as far as we know. We never heard from the hotel manager on duty.

On the way back to our room we met two fellow diners and Oprah attendees at the elevator. I felt somewhat “validated” when they said they could not believe how those guys had talked to me and that they wouldn’t want their daughters dating guys like that. Then one of them said what a bunch of f…ing assholes. Her friend punched her in the arm with her glowing Oprah wristband.

What would Deepak Chopra do? He would meditate and know that those imbeciles would come back in another life as dung beetles. I’ll probably come back as a hornet or a banana spider. Deepak would have called room service. I’m positive that Oprah would have handled the whole situation with a cool, calm and authoritarian demeanor. Iyanla VanZant might have sided with me and then try to “fix my life”.

The kicker is that I WAS filled with peace, love and understanding when I came out of this wonderful weekend event only to have to deal with drunk, obnoxious, rude people in the real world.

Who Dat? you say. I’m the crazy, middle aged woman who put it out into the universe that I want your team to LOSE and LOSE bad. I want your team to LOSE for the entire football season. The fact that the Saints lost to the Atlanta Falcons in overtime by 3 points makes me more of a believer in the power of the universe. How’s that for karmic justice? Talk about that you bozos! I apologize to any of my friends who are New Orleans Saints fans and the team. The team should not have to suffer for the behavior of these particular obnoxious fans at the restaurant. But if the entire season is terrible you know who to thank.

It all sounds rather funny when I tell the story but in that moment I did not act like I had learned a darn thing at this special weekend event. Oprah said that purpose is your spirit seeking expression. I may have acted with purpose when I elected to call out this bad behavior and try and stop it. However, I did not act purposefully in a loving, kind, thoughtful or peaceful way. I just contributed to a stressful situation becoming more stressful. I don’t think this was the best way for my spirit to express itself. How does MY own behavior in this situation positively serve me or anyone else?

Oprah also spoke of gratitude and the power of saying thank you.  I am grateful for:

1. Finding my voice and not being afraid to use it (although I might want to work on when is an appropriate time and when to keep it shut).
2. The opportunity to learn from this experience.
3. The possibility that someone else learned something from the “crazy lady” at the bar.
4. Not getting hurt. My decision to confront them could have had fatal consequences in the society that we live in today.  I’m grateful that no one else in the restaurant was hurt.

Another thing that Oprah said is what isn’t working in your life is valuable information to move you in a new direction.

So… I guess I’ll take this information and start my zen life tomorrow.

One comment on “I’ll start my zen life tomorrow”